A few Andreans who have made a mark in their fields and made their Alma Mater proud: 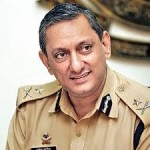 Born on January 19, 1957, is the Mumbai Police Commissioner. He belongs to the 1981 batch of the Indian Police Service. His first posting was as assistant superintendent of police in Akola, and then Buldhana, in the interiors of Maharashtra. He came to Mumbai in 1986. He was the Deputy Commissioner Police (Traffic) in 1993. He was appointed the Commissioner of Mumbai Police on 15 February 2014. 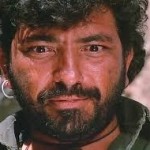 When death suddenly visited him on July 27, 1992, Amjad Khan was not even 48yrs old. But a massive cardiac arrest did him in, fatally and forever. He worked in over 130 films in a career spanning nearly twenty years. He enjoyed popularity for his villainous roles in Hindi films, the most famous being the iconic Gabbar Singh in the 1975 classic Sholay and of Dilawar in Muqaddar Ka Sikandar. 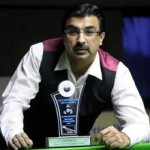 As a young lad, Lt. Col. Nestor D’Mello passed out from St. Andrew’s High School in the year 1945. He was commissioned in the Indian Army Corps of Engineers (Bombay Sappers and Miners). He took part in the 1962 Indo-Chinese conflict commanding a construction company in NEFA. He specialized in Inland Water Transport and commanded various units in Bombay, Gauhati and Calcutta. In 1971, he took part in the Indo-East Pakistan conflict (the war of independence of Bangladesh). In his retirement, he serves as an active ALM member endeavouring to improve the environment and the living conditions of society. 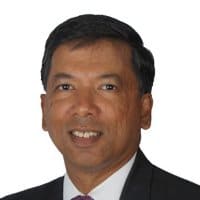 Russell is a Fellow of the Institute of Chartered Accountants in India. Russell leads client service to selected clients in India and also lead the Assurance Markets and Industries initiative in the PW India Network Firms. Russell was previously the CEO of KPMG India. Russell’s core industry focus has been the financial sector having been extensively involved with clients across banks, NBFC’s, asset managers, brokers/dealers and insurance companies.

Russell was also felicitated with the outstanding Alumni award for his contribution to helping improve facilities at our school.