It is a tradition in all schools to bid farewell to the students of class 10 as they leave the safe environment of their school, in which they have spent close to 12 years of their life.

The young gentlemen of class 10 were filled with mixed emotions as they gathered along with their parent in the Conference Hall for the occasion.

The emcee for the day was none other than ex-student Franklin Lewis 2009-10, full of confidence, well-respected with a calm demeanour, presently working with a water proofing and structural repairs firm.

The programme started with a prayer service followed by the felicitation of the two judges, both ex Andreans. Present also for the occasion was Deacon Joseph David.

Puneet Raj Bhatia, also ex Head boy (2000-2001), is a familiar face on the small screen. After completing his B.E., he went on further to do MBA and MMS in marketing. He has done many advertisements and played character roles in short films, Web series, as well as in a Bollywood movie, ‘Sooryavanshi’. Currently he is at Perfect Systems as the Deputy Manager. Puneet has many hobbies like reading, music, etc and has a passion for the theatre.

Rudolph Pujari 2001- 02, is also known as R3P in the rap music scene in the UAE. He Raps in English and in Hindi, as it gives him an opportunity to express his inner feelings and strive to do more in life. He is a part of a Rap Crew Shilla 050 in the UAE. Two of the crew were also present here. He has featured on Radio UAE, in the ‘Gulf News’, and on ‘Colours TV’, besides doing other shows and events. Presently lives in Dubai with his family and works as a Business Development Manager with a courier company. Besides loving different kinds of food and travelling, Rudolph is a firm believer of ‘Humanity’.

Mrs. Karnik, spoke in English and Mrs Pednekar in Marathi expressing their gratitude to Fr Magi Murzello, who has been the Principal for almost all of their children’s school life and for all the changes that he has done for the betterment of the school and it’s students. They also appreciated the teachers and the non-teaching staff for their guidance and support. Since school was a home away from home, the parents knew their children were in safe hands.

Kapish Shetty, the head-boy gave the vote of thanks, he began with his experience of the KG class, his fear of school and now the sadness he feels to leave it. In his own words “Today l am here, not ready to leave this school, this lovely group of friends, awesome teachers and of course the bestest principal l could have ever had, our very own Rev Fr Magi Murzello”.

Franklin got some of the council members to groove to a Hollywood number with himself in the lead, thus getting everyone into the mood and wanting for more.

In spite of his busy schedule Fr Magi Murzello took time out to bid farewell to his sons and spoke to them for the last time as their principal, giving them advice and guidance especially for their forthcoming exams. The khichdi to biryani example brought smiles on everyone’s faces. Father also thanked Bro Joseph for his assistance in the school and wished him well for his Priestly Ordination.

The Andrean King contest which followed had almost all the young lads on the stage vying for the coveted title. It took a good four rounds before Judah Furtado was crowned the Andrean King for the year 2020, with Kapish Shetty as 1st Runner-up and Ganeev Singh in the 3rd place.

Both the judges shared with the boys their days at school. The treasures that they have received from their Alma Mater will remain with them always. It was truly a Gratitudation day.

Lunch was an enjoyable affair as Chinese food goes down well with youngsters.

In spite of time constraints, the outgoing students got their once in a lifetime experience of letting their hair down and hitting the dance floor as students of St Andrew’s High School to some foot tapping Bollywood music. Pictures and selfies were the last take of a thoroughly memorable day.

As we bid farewell to our SSC students, we wish them the very best for their exams and for the life they are going to face in the future.
May God bless and guide them on the path of life in the days to come. 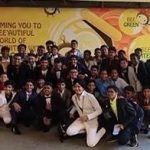 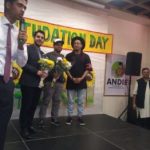 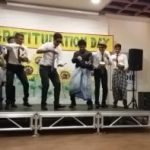 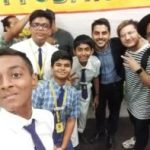 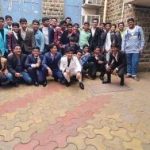 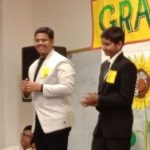 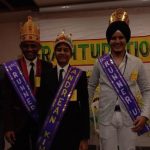 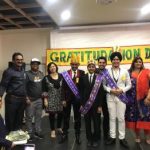 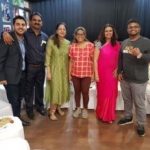 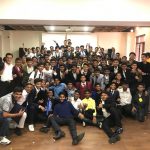