WE ARE PROUD INDIANS

“Spectacular achievements are always preceded by meticulous preparations.”
The children of the Andrean Child Centre celebrated our Indian Independence Day on the 14th August in the Annexe Andrea. They were dressed in traditional clothes. M’am Vivette D’mello, Head Teacher of the Primary section and Sir Michael Lopez, Supervisor of the Secondary section graced our short programme.
We began by saluting the Tricolour, singing the National Anthem and taking the Pledge of dedication to the service of India. The feeling of patriotism was further felt when a child of the Sr.KG delivered a speech. The children of the Nursery stole the hearts of the audience as they came dressed as our National Leaders. This was followed by the presentation of the National Symbols by the children of the Jr.KG and Sr.KG. A patriotic song ‘Aao Bachon’ was sung by three children of the Sr.KG. The depiction of a few States of India was done by the children of the Jr.KG. A dance performance ‘Phir Bhi Dil Hai Hindustani’ by the Sr.KG boys set everyone’s feet a tapping. Lastly, together in unison, all the children with virtuousness and childish patriotism sang four patriotic songs.
Sir Michael addressed the gathering and we ended this beautiful morning with every child being given two chocolates to sweeten their mouths.
Since the festival of Raksha Bandhan is also celebrated on the 15th August, as part of the Craft activity children made colourful Rakhis under the guidance of their teachers. 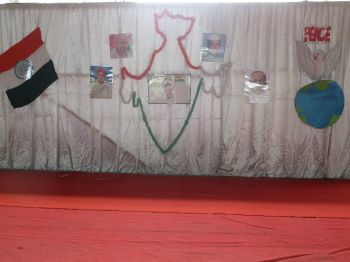 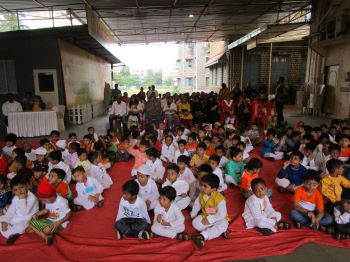 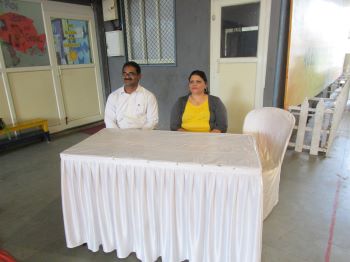 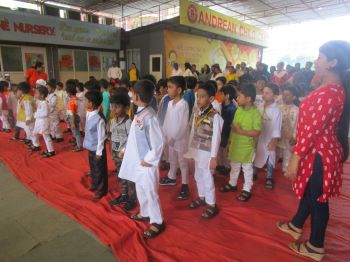 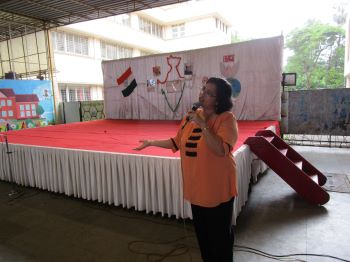 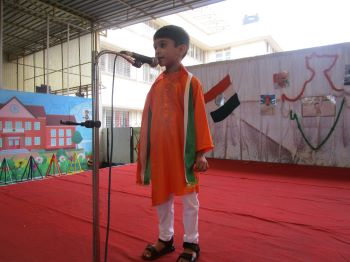 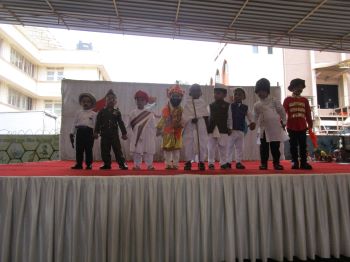 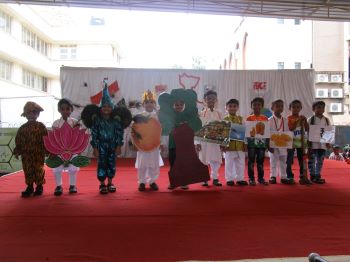 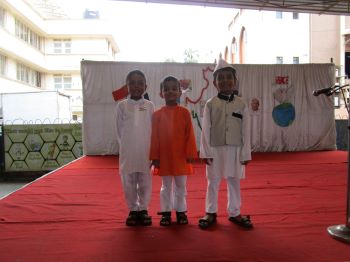 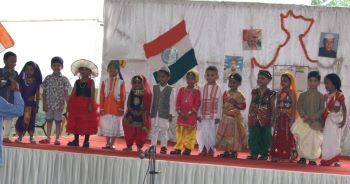 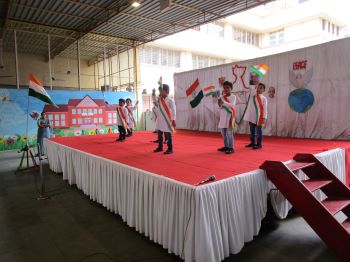 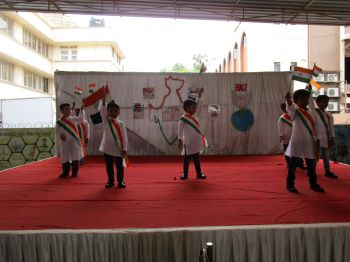 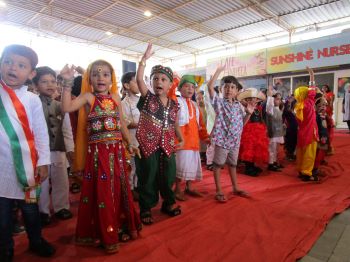 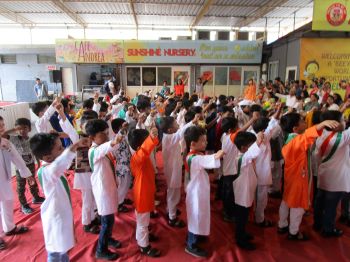 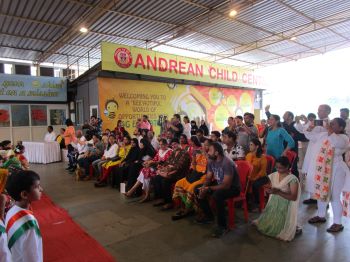 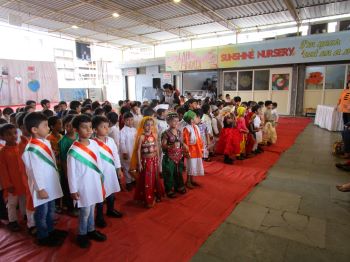 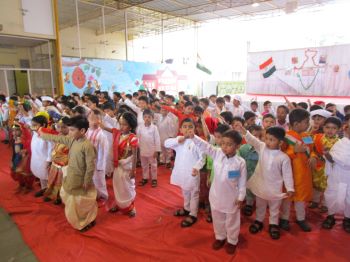 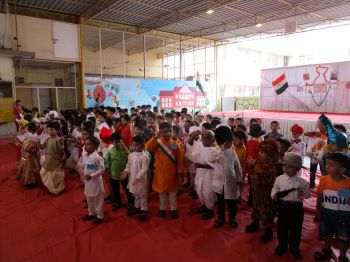 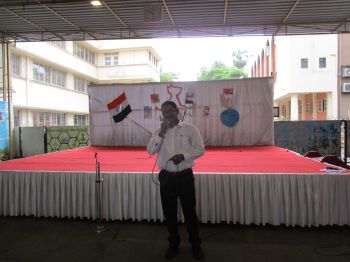 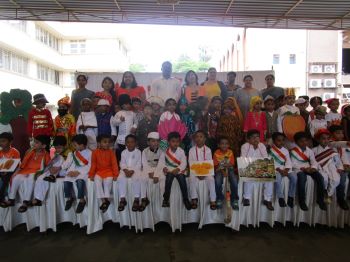 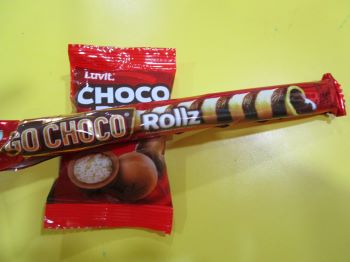 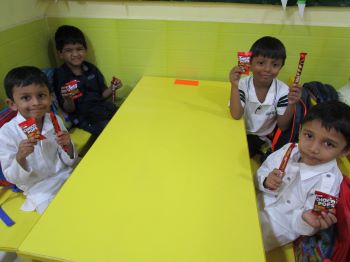 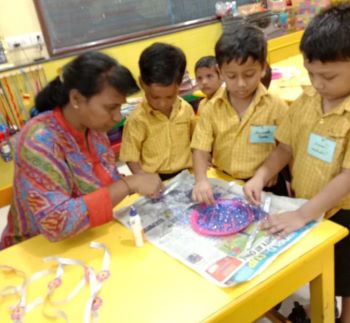 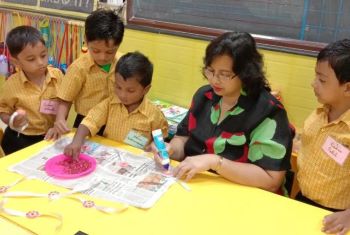 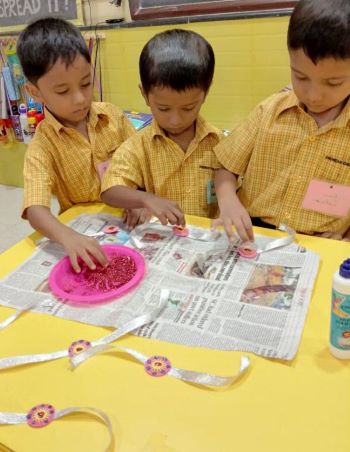 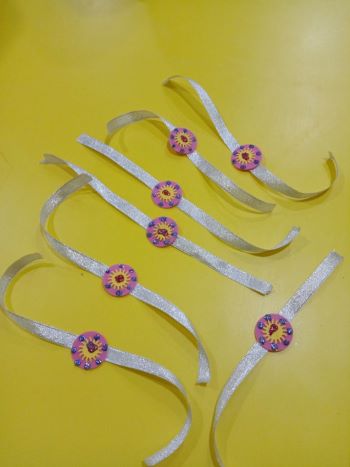